"Stifled Lives at the Office"

"WHERE DOES THE TIME GO?" wonders one of the white-collar serfs who populate Believer editor Ed Park's debut novel, Personal Days. "Where does the life go?" In melancholy deadpan, Park narrates the days when "every straw is the last straw" in a company whose boom years are behind it.

The book's first third unfolds in first-person plural: Park's "we" comprises a shrinking number of bright young things who have begun to dim, day-jobbers who are no longer sure what dreams their jobs feed. This device (varied slightly in the book's middle) blurs the characters in the same haze of shame and depression through which they see one another. It's a dangerous stylistic tack, but Park pulls it off with sharp wordplay and a mind for the absurd. By keeping intimacy at bay early on, he also heightens the pathos of the book's final third, where — in a leaping epistolary confession, written on a "craptop" without a period key — a single character tells his own story and dignifies the stifled lives of his axed colleagues.

Rebellion in this office goes little further than FedEx-ing office supplies to your home, but a battle cry rings between the lines of Personal Days: an angry defense of language against its murder at corporate hands. Park performs riotous burlesques with e-mail misspellings and corporate clichés; his characters hear double-entendres in computer error messages ("You are almost out of memory") and invent new words like "deprotion," for "a promotion that shares most of the hallmarks of a demotion." The novel may even remind you of Orwell's "Politics and the English Language."

"This is a parody," Orwell wrote after one of his own savage illustrations, "but not a very gross one."

To test the birds’ recognition of faces separately from that of clothing, gait and other individual human characteristics, Dr. Marzluff and two students wore rubber masks. He designated a caveman mask as “dangerous” and, in a deliberate gesture of civic generosity, a Dick Cheney mask as “neutral.” Researchers in the dangerous mask then trapped and banded seven crows on the university’s campus in Seattle.

In the months that followed, the researchers and volunteers donned the masks on campus, this time walking prescribed routes and not bothering crows.

The crows had not forgotten. They scolded people in the dangerous mask significantly more than they did before they were trapped, even when the mask was disguised with a hat or worn upside down....

A review on GoodReads had a delightful slip:

Ok, when I first started reading this, I thought that it was the same as Joshua Ferris's book "Then We Came to The End" except that Joshua Ferris's story was better. Both are set in the modern work-place: lay-off fever has gripped the office and both are about the trivial details with which we become obsessed in our daily work days. But in the end, I think it's a dead heat: both books are very funny. Ed Harris's novel definitely improves with reading. By the last section--written in a kind of stream-of-consciousness way--I couldn't put the book down. But the funniest thing about this book? "The Jilliad." Keep your eye out for it.

You confess to a colleague that you're worried about your supervisor, who hasn't been very focused the last three weeks and has been coming in late to work. Later that day, like a game of office telephone, you hear a version of your story from a different co-worker, and it's not hard to figure out the source. The Tape Recorder takes your confidential conversations and plays them back to everyone in the office. The person's motivation is often to feel important or "in the know" rather than any malicious intent. --"What Kind of Office Gossip Are You?," MSN

Things you can do

At Save the Assistants, a doozy of a layoff narrative:

My boss holds a meeting and announces that the company has to make some cuts. Later that afternoon, while everyone is at their desks being worried and emailing their resume out to people, I bravely march into his office and say that I’ll be happy to be let go in exchange for one of my coworkers–perhaps the one with the newborn, so I look like even more of a saint. My boss intially refuses to let me leave the company and gives an extended monologue about how valuable I am and how he regrets not devoting enough time to telling me how awesome I am. But finally, he is moved by my courage and allows me to quit, but only after offering me a hefty severance package, which I use as seed money to open an island resort for beleaguered assistants to detox from their jobs. 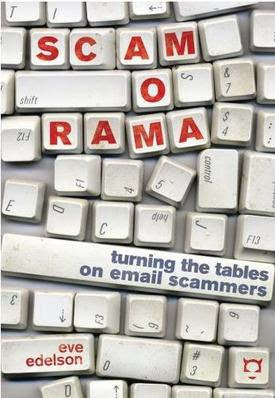 The Buffalo News's Jeff Simon makes Personal Days his "Editor's Choice," calling it "funny and wicked and rending."
Posted by Ed Park at 6:10 PM No comments:

We do not actually do any work in the office anymore, other than trying to imagine what it would be like to kiss each other. We have been thinking about it so long we have forgotten what it is we should be doing. —Joe Meno, "An Apple Could Make You Laugh," from Demons in the Spring

Park’s assessment of morale is exactly right. No one talks about whether employees are happy when they’re actually happy. By the time some higher-up notices that morale is low, it’s already too late. —Save the Assistants
Posted by Ed Park at 11:49 AM No comments:

COLUMBUS, OH—A bravely worded e-mail written by graphic designer Brent Quigley decrying his advertising firm's "complete lack of managerial competence" and its "utter failure to treat employees with respect" has remained inside the drafts folder since it was first composed on Dec. 4, 2007.

"I'm going to send it soon—if not this week, definitely the next," said Quigley, who often opens the e-mail, corrects spelling and syntax errors, and saves the changes before relegating the fearless letter back to his drafts folder....

—From "Courageous E-mail to Boss in Drafts Folder Since December," The Onion
Posted by Ed Park at 9:03 PM No comments:

[from Private Circulation, "The PDF Bulletin for Proposals"]
Posted by Ed Park at 5:17 AM No comments:

Megan McCafferty, author of the excellent YA books starring Jessica Darling (Sloppy Firsts, et al.), recommends Personal Days on her blog.
Posted by Ed at 9:02 AM No comments:

"Could some clever reader tell me what a quantum leap is and where I can see one performed? Who the chattering classes are and where I can listen to them? And what a learning curve is and how I can climb onto one?" —Counting My Chickens, by Deborah Cavendish, Duchess of Devonshire

Of course you do!

Do you have time for One Sweet Song?
Posted by Ed Park at 8:13 AM No comments:

Punch the clock—in the face

In each of the novels, Stark (who is one of Donald Westlake's many identities) concerns himself with such seemingly mundane details as finding a good job, getting to know the other workers, and doing the work. He doesn't stint on detail, and he doesn't touch on much outside of the job.

Check out Stark's The Outfit—guaranteed to hold you up!
Posted by Ed Park at 5:22 AM No comments:

A logo by Brian McMullen — click on it for the PD theme song (also by McMülls)!
Posted by Ed at 5:07 AM No comments:

Westlake: I’m not sure he has the patience for accountancy, but I’ve always believed the books are really about a workman at work, doing the work to the best of his ability. However, I see him more as working stiff than professional class.

—From an interview with Donald Westlake, about his Parker novels (written under the name Richard Stark)

Web Diversions! Including the PD-blog fave "Read at Work."

"This absence of novelized work makes a book that restricts itself to the 9-to-5, like Ed Park's cubicle opera Personal Days (Random House), shine all the more. Park points out that those dead, stressed hours make up a separate reality....The final section, a bravura paranoid single-sentence stream-of-consciousness outpouring, shows more skill and contagious joy than any document that also uses 'impact' as a verb should."

12 sheets to the wind

"It says on this Airmail pad that 12 sheets and an envelope weighs less than half an ounce, but I doubt if I can go on at that length. Also I am writing this in the office in the morning, which seems frightfully sinful." —Letter from Barbara Pym to her friend Richard Campbell Roberts, 1/5/65

Conversation in my new office (8/3)