From an Italian blog, squeezed through Google Translate: 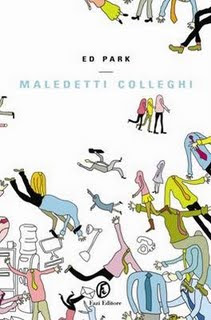 From "Fairy Tales for Work Days and Personal Days": 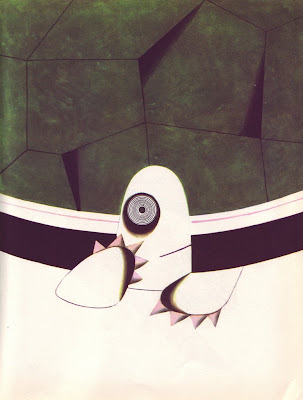 "Time for Vader to be Vader"

The grass is always greener

When McKenzie Ray plays make-believe, she dreams up a world that is as far from her everyday life as she can make it: she pretends that she works in an office.

“We write letters, put things in envelopes and send them out,” said McKenzie, 11, who with her 10-year-old sister, Maci, has a real life that is the stuff of fantasy for most children. For more than half the year, the sisters travel the West on the rodeo circuit. Their father, Lee, better known as Boogie Ray, makes a living roping steers. —NYT

"The ones that never come"

I once worked a cubicle job. One day I picked up a copy of Dylan Thomas’ Adventures in the Skin Trade on my lunch break, and read as I ate. The stories reflected truth in life which was stifled in mine. Afterward, I found it impossible to return to work. —Electric Literature FAQ 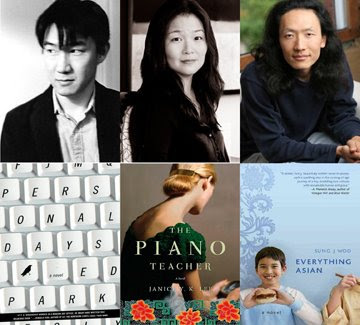 Tonight (Wednesday, July 1) I'll be appearing on a panel at The Korea Society in New York, along with novelists Janice Y.K. Lee (The Piano Teacher) and Sung J. Woo (Everything Asian). There's a reception at 6; the panel, followed by Q&A, starts at 6:30.

The topic? "New Currents in Korean American Literature: The Origin and the Distance."

A growing number of Korean American authors have found both critical and commercial success in the past decade. Does this "literary wave" mean that Americans of Korean origin have successfully moved from the margins to the mainstream of American literature, writing simply as a "writers" and not as "ethnic writers?" Join us for a literary conversation with novelists Ed Park, Janice Y.K. Lee, and Sung J. Woo, as they discuss issues of acculturation, isolation, cultural alienation, race and class, in relation to their own works.

$10 for members and students, $20 for nonmembers
(Walk-in registration will incur an additional charge of $5.)
Buy tickets
For more information or to register for the program, contact Patrick Clair at 212-759-7525, ext. 328, or emailThis e-mail address is being protected from spam bots, you need JavaScript enabled to view it .

Ed Park is a founding editor of The Believer, a four-time finalist for the National Magazine Award. His novel, Personal Days (Random House, 2008), was a finalist for the PEN Hemingway Award and was shortlisted for the John Sargent Sr. First Novel Prize. He writes a monthly book-review column for the Los Angeles Times and contributes to many other publications, including the New York Times, Bookforum, and Modern Painters. He was an editor and writer at The Village Voice for many years, where he was also the editor of the Voice Literary Supplement. Park teaches creative writing at Columbia University.

Janice Y. K. Lee was born and raised in Hong Kong, where she currently lives, and went to boarding school in the United States before attending Harvard College. A graduate of Hunter College's MFA program and a freelance writer, she is a former features editor at Elle and Mirabella magazines in New York. Her critically acclaimed first novel, The Piano Teacher, a New York Times bestseller and Richard and Judy Summer Read pick. The book will be published in 23 languages.