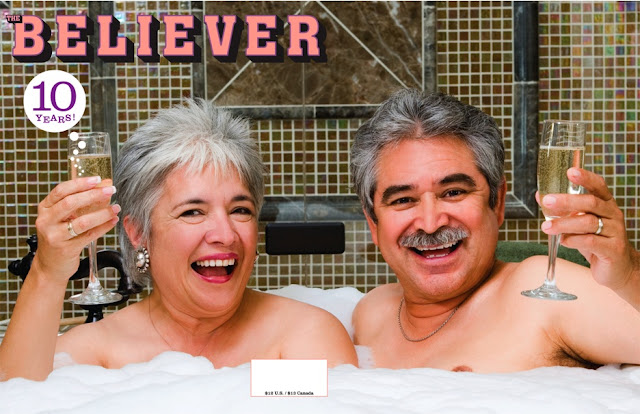 On Thursday, February 21, I'll be reading at Temple University (along with student reader Jacob Mazer). It's free and open to the public. Location: Women's Studeis Lounge, 8th floor, Anderson Hall, 1114 W. Berks St. (Click above for more details.) Begins at 5.

And on Thursday, March 7, I'll be doing a PowerPoint presentation on Borgesian mammals in children's literature—part of the Believer's 10th anniversary party at Le Poisson Rouge. Also on the bill: Nick Hornby (!), the great Sheila Heti (!) interviewing the wonderful cartoonist Gabrielle Bell (check out her interpretation of this Emily Dickinson poem) and one of my favorite novelists, Amanda Filipacchi. Doors open at 7.
Posted by Ed at 5:06 PM No comments:

I'm excited to be reading for Temple University's Poets & Writers series! The reading is on Thursday, February 21, at 5 p.m.—more information here.
Posted by Ed at 12:26 AM No comments:

A smart review from Dennis Kaplan has appeared at Eclectica (way back in the end of 2011):

There is not much plot to Personal Days, but part of the joyride is in the succession of familiar moments held up for inspection: the awkward elevator encounter, the too-peppy email, the infuriating battles with computers. Park's primary weapon is humor, but the absurdities he throws at us evoke deeper questions: is this the only way? Are people really wired for this? In one minor but telling moment we witness a desk jockey named Laars trying to locate a file on his computer.

The next day, Friday, the Sprout asks Laars for a file from last year. Laars's system of folders is so byzantine, his naming conventions so idiosyncratic, and his memory so poor, that he often has to do a global search of all the contents on his computer if he's looking for a file more than a few weeks old. He tries to guess what word might spring up in the document title, then hits Search.

I don't understand, the computer says.