Let's touch base next week? 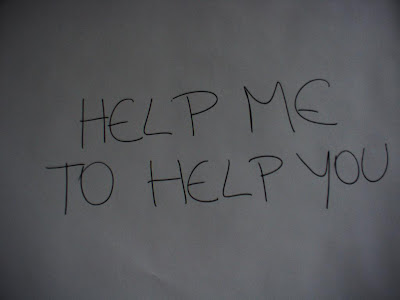 What to do on your lunch break — scanwiches! 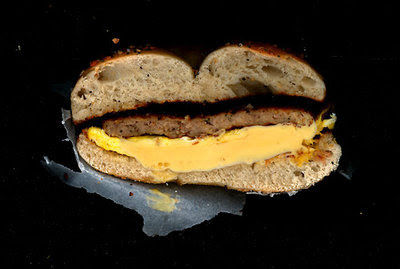 Profanity in the office.
Posted by Ed at 10:18 AM No comments:

Within two days, she had waded through everything, consulting with me over what to toss and what to file under which category. We came up with dozens — Education Story Ideas, Bills, Manny Ramírez, Poems I Love, Expense Receipts, Letters from Mom and Dad — and she created a place for each...—NYT
Posted by Ed at 7:28 AM No comments:

At the Book Culture blog: What Ed Park's students are reading.

(EP appears at Book Culture for a reading and conversation with Damion Searls (author of the excellent What We Were Doing and Where We Were Going) on April 29.
Posted by Ed Park at 5:50 PM 2 comments:

The thing with feathers

I think this is what Maxine wears?

On This American Life: "Host Ira Glass talks with a veteran Human Resources administrator about what it's like to fire people, and why it helps if you don't actually use the word 'fire.' "

Weary of Looking for Work, Some Create Their Own

Alex Andon, 24, a graduate of Duke University in biology, was laid off from a biotech company last May. For months he sought new work. Then, frustrated with the hunt, he turned to jellyfish.

In an apartment he shares here with six roommates, Mr. Andon started a business in September building jellyfish aquariums, capitalizing on new technology that helps the fragile creatures survive in captivity.

“I keep getting stung,” he said.

Who would you throw overboard?

They’re laying off a shit load of humans at the work place. We’re all meditating on our dispensability. It’s like corporate zen. People are playing the game of trying to figure out who will go first – pairs of peers congregate outside (the water cooler’s no longer safe, and, plus, they’ve stopped providing us with coffee, so there’s less of a reason to be there), whispering, some teary-eyed, some giddy from the whole facing-the-firing-squad-concentrates-the-mind effect. It’s like the opposite of fantasy sports leagues. Nightmare employment league. Who would you throw overboard? The rodent-like mind takes over, and the gnawing and clawing survival instinct starts to do shameful things. But I’m trying not to feast on carrion comfort. Like G. M. Hopkins says, “my chaff might fly.” It’s all in the wind.

Ed's piece "The Sudden Sharp Memory," about Robert Cormier's novel I Am the Cheese, will appear in Burn This Book (Harper Studio), edited by Toni Morrison, this May. Contributors include Paul Auster, Russell Banks, Nadine Gordimer, John Updike, and others.
Posted by Ed Park at 1:33 PM No comments: 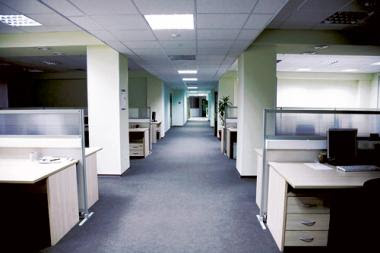 3/12: Ed reads from PD at the Gallatin Teacher's Reading with Sharon Friedman and Ritty Lukose.

* * *
Last night he dreamt he had to buy a manga called Aztec Camera.

* * *
The Hartford Advocate on Personal Days and other layoff lit:

Park's novel is both comforting and terrifying in its dead-on-ness. It perfectly captures the gritty angst of the workplace: the sort-of-weird quasi-friendships that form over drinks and talk of work and other coworkers; the awkwardness that squeamishly comes with the laying off of a colleague; the dull, maddening meaninglessness of business-speak. Park illustrates the office so well you could literally cry. That's dramatic, perhaps, but so is the unbearable tension of waiting for an unspecified number of your colleagues to get "the tap" from a shifty-looking HR dude (or dudette).

I'll be reading with Nathaniel Rich (The Mayor's Tongue) on April 21 at 7, at Pacific Standard in Park Slope, Brooklyn.

Personal Days is a finalist for the PEN Hemingway Award!

(Click here for other March and April appearances.)
Posted by Ed at 7:35 AM No comments:

"You guys broke laws we don't even have yet!"

xo
Maxine
Posted by Ed Park at 1:59 PM No comments: